Drake Parker (Drake Bell) is a cool and popular teenager while Josh Nichols (Josh Peck) is a geeky teenager whom Drake describes as unusual. Drake's mom Audrey Parker-Nichols (Nancy Sullivan) and Josh's dad Walter Nichols (Jonathan Goldstein) have been dating and announce to Drake, Josh, and Drake's devious little sister, Megan Parker (Miranda Cosgrove), that they are getting married. Josh is thrilled about having a new stepbrother, but Drake is not. Drake is even less excited when he finds out that Josh is Miss Nancy, the anonymous advice columnist for the school newspaper, and that Josh believes he must dress like a woman to adequately write his advice. Drake then uses this to get a date with Tiffany Margolis (Julie Gonzalo), who wrote to Miss Nancy. But Josh gets in trouble when her angered boyfriend Buck (Joey Mendicino) thinks she is on a date with Josh instead and challenges him to a fight. Josh trains all day under a karate instructor but still ends up getting knocked out with one punch. Drake eventually apologizes and helps Josh realize that he can give good advice without wearing his Miss Nancy dress. Both make up and accept each other as brothers. 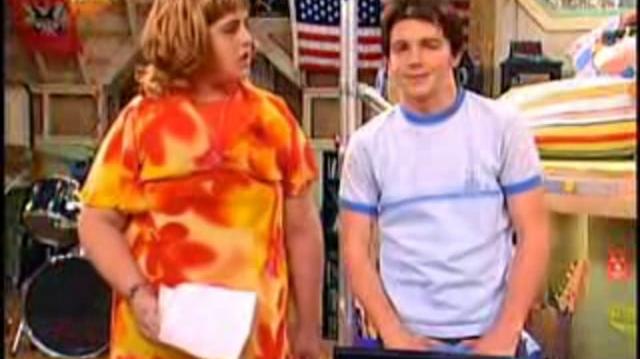 Retrieved from "https://drakeandjosh.fandom.com/wiki/Pilot?oldid=31331"
Community content is available under CC-BY-SA unless otherwise noted.