Dune Buggy is the second episode from the first season of Drake & Josh.

Drake and Josh are excited to receive a dune buggy from his friend Trevor, only to find it is broken down. Later, Drake convinces Josh to try out lying after Josh accidentally breaks the TV, but Josh is grounded for doing so. Drake and Josh then fully repair the dune buggy, to the surprise of their parents, who forbid them from driving it. Drake secretly drives it with Trevor anyway and crashes. Drake then must conceal his injuries and the damages to the dune buggy. Josh finds out when he gets a call from the emergency room and confronts Drake about it, angry that all Drake cares about is keeping the accident and his injuries a secret from their parents. Racked with guilt, Drake confesses to Walter and Audrey, and they ground Drake for two weeks, much to Josh's delight. However, due to Drake's injury, his "grounding" is simply staying home from school, resting, and making Josh be his servant. 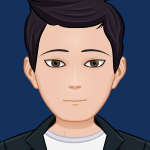